In today’s fiercely competitive retail environment, convenience store technology is one thing (apart from customers) that convenience stores can’t do without. Henderson Technology is the largest EPOS supplier in Northern Ireland with over 400 sites across the province with EDGEPoS. Installed in all Henderson Group brands; SPAR, EUROSPAR, VIVO and VIVOXTRA. More recently Henderson Technology have embarked on a significant sales expansion outside of Northern Ireland with new EDGEPoS partners and customers.

EDGEPoS has provided The Henderson Group with the opportunity to develop a more interactive working partnership with retailers, enabling their businesses to thrive, generating substantial growth and award winning success.

Ron Whitten, CFO Henderson Group comments “winning this Retailing Technology Award is a fantastic achievement, and recognition of EDGEPoS as a market leading technology. It showcases The Henderson Group’s dedication to providing our retailers with the best scanning technologies in the market”

Darren Nickels, Head of Henderson Technology follows “Being awarded for both our innovation and retailing technology is a huge triumph. Emphasising Henderson Technology’s ongoing commitment to develop cutting edge technologies and helping customers embrace the ever-changing digital environment in which they operate”.

Henderson Technology is continuously evolving the EDGEPoS platform, with new developments due for 2018; Zapper integration, a new innovative take on the traditional self-checkout and a queue busting tablet till. These developments are directly driven by retailer feedback, a system designed by retailers for retailers.

For more information, or to book an EDGEPoS Demonstration contact kristine@henderson.technology 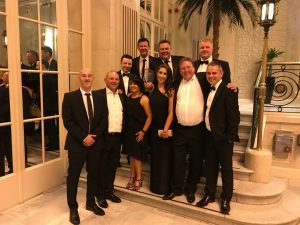