What prompted your decision to invest in new EPOS for Rigg and Bypass?

Our existing systems were getting old and unreliable. This, coupled with the very poor level of service and support we’d received from our former supplier, spurred us on to switch to a new supplier and invest in new technology. 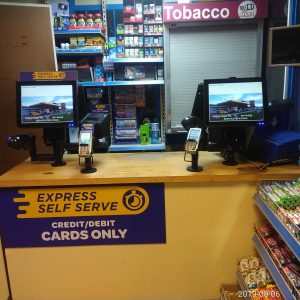 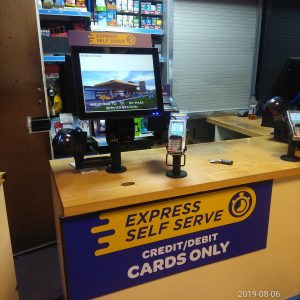 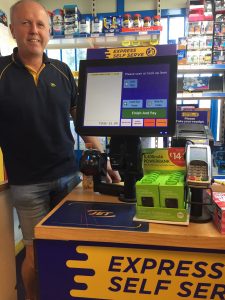 Did you undertake research into different solutions?

Yes – a lot! We’ve done more leg work for this till system than for any previous system. We really wanted to ensure it was the right fit for our business. We first met our chosen supplier, Henderson Technology, at an industry event. They invited us to Northern Ireland for a study tour to see the technology in action at two fuel sites and one dry site. We then went to visit a forecourt in Aberdeen which had very similar needs to ours so that we could get honest feedback on how the installation had gone. It was very evident from our research that Henderson Technology’s EDGEPoS system would offer everything we needed for the sites and a whole host of value-added fuel features.

What influenced your decision to go with Henderson Technology?

Henderson Technology’s EPOS systems is directly linked to Filshill Wholesaler, which offers a lot of benefits such as smoother ordering and better control over stock holding. It also gives us far superior accountability on occasions when customers have no means to pay because you can recall a sale from a day, a week or a month ago, giving you better control over the fuel. The whole operation is much slicker as it is quicker at processing cards, the scanner is much more efficient and we no longer have merchant copies of credit card receipts so we’re saving in till rolls.


What do your customers think of the new tills? How long did the installation take and was it smooth?

We’ve had very positive feedback. Customers are very impressed with the new technology. At Bypass we opted to replace one of the two existing tills with a self-serve checkout.  Bypass’ second till used to be redundant when just one staff member was working whereas now customers can now pay for fuel and any store items by card at the self-serve till. Customers like having the choice of a self-serve or a manned till. Having the self-serve till has definitely helped to reduce queues.

Till transaction times are faster, which customers are pleased about and as the tills incorporate media screens, we can interact with customers and now run more promotions which we highlight via the screens.

The installations were completed overnight in both stores. The team from Henderson Technology arrived when the sites shut at 9pm and by the time we reopened in the morning everything was set up and ready to go, with no disruption to our customers or staff.

What advice would you give to other JET dealers considering investing in new EPOS?

Do your research! This is a big investment, so you need to look at what your current system does and what you’re expecting to get out of the new system. Doing the legwork is invaluable: make time for it, plan for it, prepare for it and go and see it in action at other sites. Don’t be afraid to ask the supplier questions.

It’s also important to consider ongoing maintenance. We’ve signed up for a five-year contract with Henderson Technology and pay a monthly charge which means that all maintenance and support is included. At the end of the contract, all of the equipment will be replaced with the latest versions, so we now have a futureproof solution in place at both sites. 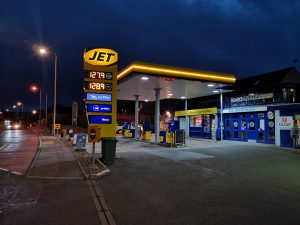