Located less than four miles from Belfast City Centre, SPAR Madigans Court was the first step into convenience retailing by Charioteer Group, whose directors have a background in the pub and bar sector.  Built on the site of a former nightclub, the £2m project included flattening a scope to accommodate fuel pumps and car parking at both the front and rear.  After eight months of building work, the store opened in August 2017.  This impressive store includes Fresh and Food To Go, a local butchery counter, namely Stanleys; and Gap Wines – a wine merchant who previously traded over the road from the site. 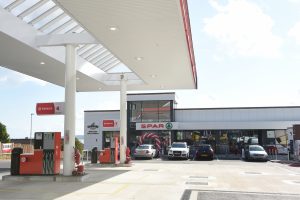 The store is managed by Josie McKernan, and the Operations Manager for the Group is Wendy Cooke, who is familiar with the EDGEPoS system due to her past experience within the Henderson Group.  Wendy tells us,

“EDGEPoS has been invaluable to me growing the business from I started in Madigans Court.  The reports showing me which departments sell well, and which don’t, have enabled us to grow sales onsite within the past 18 months.”

“Our fuel litreage has grown year on year.  With around six Filling Stations on the Antrim Road, we need to be able to grow these sales in a competitive market.  EDGEPoS gives me full transparency of our deliveries, drive offs, no means to pay and fuel sales.”

Adding to this Wendy tells us,

“We had a number of drive offs in the run up to Christmas.  With EDGEPoS we have the option to switch all fuel transactions to Prepay, which we are considering for the near future.  It’s fantastic that EDGEPoS allows us the security of this option and the flexibility to switch.”

As this was a new store that opened, the majority of the staff were not familiar with the EDGEPoS system.  When we asked some of the staff onsite they told us,

“EDGEPoS is completely straight forward.  It is easy to navigate and simple to use.  The training provided by Henderson Technology was excellent.  It is an extremely efficient system.” 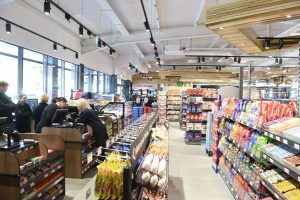 2018 was a great year for SPAR Madigans Court.  After being shortlisted for the CRA Best New Store in February 2018; the team scooped the Award for Newcomer of the Year at Neighbourhood Retailer Awards in October 2018.  What an end to an incredible year for Wendy and the team!

“The store has something a bit different.  The high spec design and the modern feel and look of the store definitely contributed to us winning this Award.  This, alongside the charity work that we carried out, and the fact that we grew the sales from zero when we opened in 2017, proves that we deserved the recognition that this award has given us.”

“We were up against some great competition.  And the entry forms were not easy to fill in, we had a limit of 50 words per section which is hard to put forward your achievements within this space.  We had mystery shoppers and store visits, and the fact that we achieved an average score of over 90 in these, shows the level of customer service and the shopping experience we give to our customers.”  What an achievement!

Wendy has entered 2019 with great ambitions for the site.  They have plans to grow sales in store, and to add an EDGEPoS Self-Checkout option for their customers.  There are also plans in Quarter Two to open a new site, with discussions already in place for EDGEPoS tills, accompanied with the Head Office to control both sites.  We wish Wendy and everyone involved the best of luck for 2019 and beyond, and can’t wait to support them on their new additions from Henderson Technology. 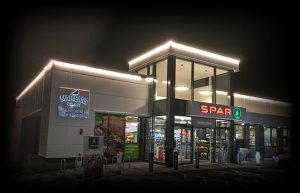