Location: Calver in the Peak District of Derbyshire, England

Located in the beautiful village of Calver in the Peak District of Derbyshire, England, Edward White’s family business E T White & Sons Ltd are celebrating their 100 years Centenary this year.  Edward took over the family Fuel site and entered under the SPAR brand in 2001.  James Stead, the store’s Area Manager, commenced his employment in 2002, and worked on and off throughout college and university.  James joined Edward on full time employment in 2007, where he was trained to manage the garage.  In 2013 they took over the outdoor clothing site across the road and turned it into the fantastic store that you see today. 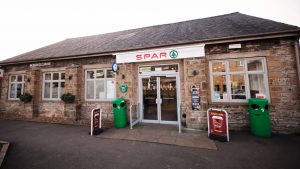 Henderson Technology installed EDGEPoS in the dry site in November 2018, and across the road in the BP branded Fuel site in February 2019.  All of the Hardware was upgraded onsite, including a Fuel Enabler PC in the Fuel site, to replace the DOMs box.  When we asked James how EDGEPoS compares to his old system, he told us,

“We accepted Henderson Technology’s invitation of an EDGEPoS Study Tour, and visited Northern Ireland in August 2018.  We made the decision instantly to upgrade to the EDGEPoS system in both sites.  The main reason we made this decision was because of how advanced the EDGEPoS system is compared to the system we were using.  In addition, the availability to add Self-Serve Checkouts onsite, plus run our own in-store coupons fulfilled our requirements to grow the business and utilise our existing staff onsite.”

“A few examples of the differences that EDGEPoS offers us are Self-Checkouts, In-store Coupons, self-populating Picture PLUs, Front Screen CDU Advertising, a much more advanced and simple reporting structure, including scheduled reports to my email address.  And finally the accounts exporting facility.  The list goes on.”

“On business development, we trialled an in-store coupon before Christmas with great success.  It is something that we are looking to do more of, I am confident that this will increase customer basket spends and offer loyalty in return.” 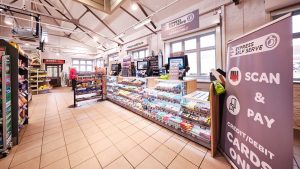 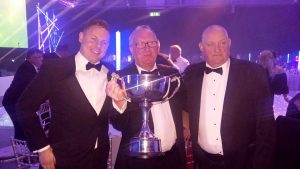 In September 2018, White’s Calver was crowned the best SPAR retailer across the Meridan & Welsh Guild.  Edward picked up the prestigious Baldwin Trophy at Blakemore Trade Partners’ SRS Awards Ceremony on September 6th 2018 in recognition to his commitment to developing his business.  The trophy is awarded to one Retailer every year and celebrates the very best stores in the Meridan & Welsh Guild region.  Edward commented,

“We are very proud to have won this award.  We are committed to supporting our local community, stocking products from more than 30 local suppliers, and pride ourselves on offering jobs to local people.  We always try to keep up with customer trends and keep evolving our stores constantly.  Our installation of the EDGEPoS system and Self-Checkout fits in perfectly with this ethos.”

“We are extremely proud of winning this award.  To me it shows the hard work that we have put in, and it gives our staff something to be proud of.  Edward has always strived to try new things and is always on the lookout for ways to improve the store.”

What an achievement!  When we asked James about the EDGEPoS Self-Checkout offering in store, he told us, 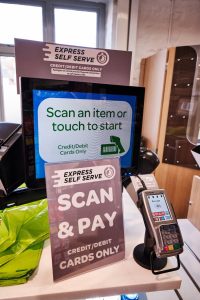 2019 is sure to be a busy year for Edward, James and the team.  They plan to grow sales in both stores and are using EDGEPoS as an integral part of this.  We asked James if he would recommend EDGEPoS to other Retailers across the UK and he told us,

“Without a doubt I would recommend the EDGEPoS system to any Retailers in UK and Ireland.  It’s not just the system, working with Henderson Technology has been great too.  One of the major things for myself is how EDGEPoS and the Henderson Technology team have developed a couple of our ideas, and have adapted operational requests to our individual store.  This has released my time to concentrate on more important things than data processing and reporting.” 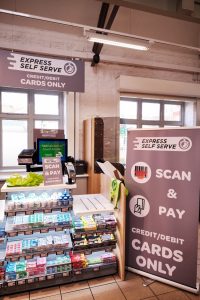