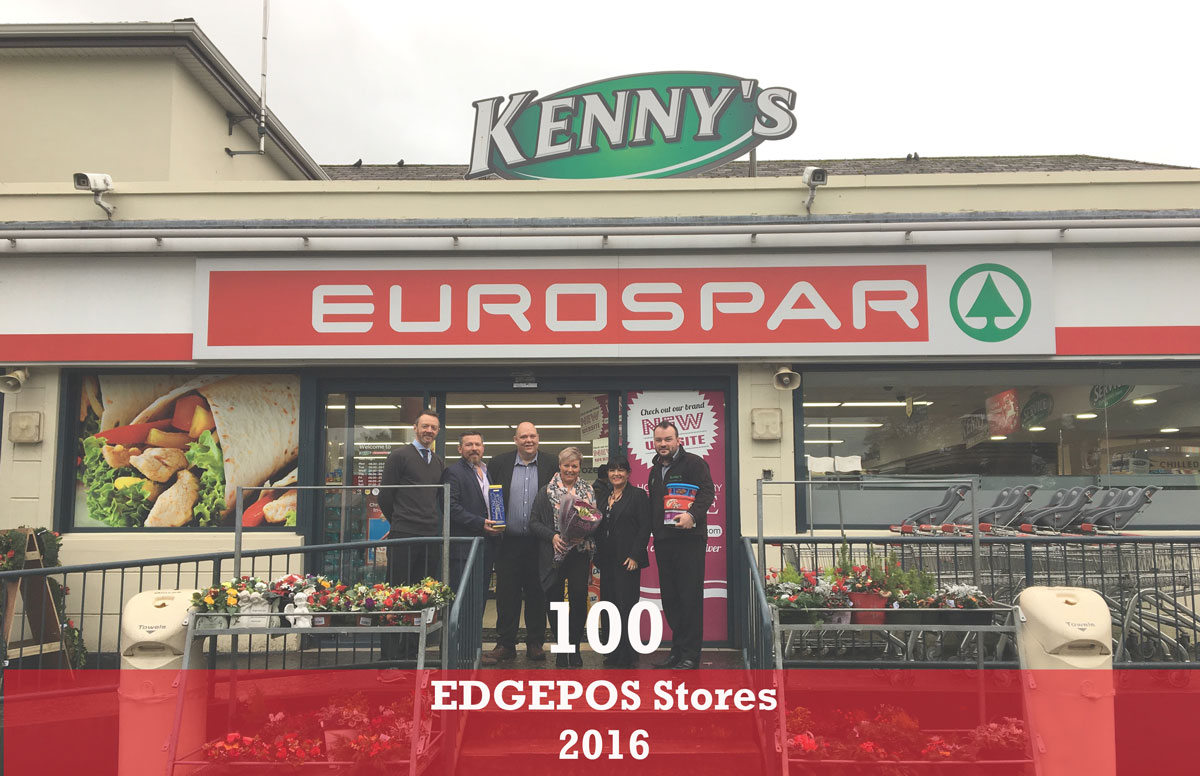 Henderson Technology Solutions Ltd. have been celebrating a successful year with over 100 EDGEPoS installs. The hundredth EDGEPoS install took place this year in October 2016 in Kenny Bradley’s EUROSPAR Garvagh!

Henderson Technology are delighted to have Kenny as an EDGEPoS retailer, and wishes him every success with the new EPoS system and look forward to meeting up again in the future for an EDGEPoS testimonial case study.

Henderson Technology have had an extremely busy year updating and upgrading Henderson Group retailers to the latest EDGEPoS software across Northern Ireland, from Kesh to Killinchy and Dromore to Derry.

Thank you to all the hard work of Henderson Technology especially the Development, Install, Sales and Support teams making this possible, and to all of the retailers who have opted to use our system.