Cooper Bros is a family-owned, independent company specialising in tyre fitting services and have been serving motorists in Central Scotland for over 50 years.  Their main depot in Newmains, Glasgow has a JET and Keystore Express branded service station with Costa Coffee, Amazon Locker, and Wi-Fi facilities. 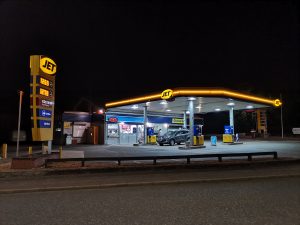 “We had been with our last EPOS provider for over ten years, and were being constantly let down with the system and the service.  We even had to close the service station at times due to the lack of support from old our EPOS provider.  I met Henderson Technology at the Forecourt Roadshow in Edinburgh and immediately was taken aback by how easy the system was to use, and the fuel functionalities available on the EDGEPoS system.  After having a demonstration I knew it was the system for us to grow our business.  We decided to install two tills instead of one, and this has proven to be a lifeline in the COVID-19 pandemic, allowing us to maintain social distancing instore and operate a one way system for transactions.” 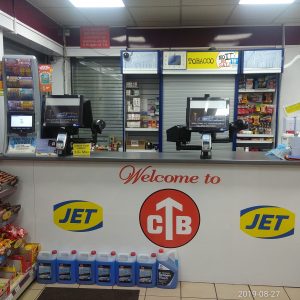 “Henderson Technology were also in the process of developing the wholesaler link with JW Filshill and we knew this would vastly improve operational procedures in store, allowing us to send orders electronically to our supplier; and also allow us to have full stock control instore, and use sales based suggested ordering throughout the store also.”

So what are the main differences that Garry and the team onsite have seen with EDGEPoS?

“There are too many to list,” Garry tells us.  “We use the automated report scheduler and we have live access to detailed margin reports at the touch of a button.  The EDGEPoS system is so flexible – it truly is tailored to each individual retailer’s needs.”

Garry continues, “One thing we couldn’t live without now is the capability on the system to deal with a fuel refund.  At least once or twice per day, a customer will pay for the wrong fuel transaction and return instore to pay for the correct fuel transaction.  On our old system, we had to go through a whole manual process on the back office to have this rectified, and the customer could have been waiting for over 20 minutes.  With EDGEPoS it is treated as a simple refund, and the fuel transaction appears instantly back on the existing pump it was taken from.  It takes less than ten seconds to rectify.  Amazing feature!” 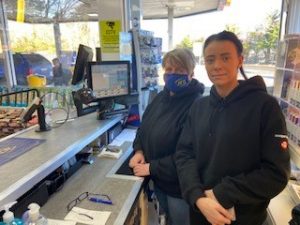 “We also use the EDGEPoS fuel bunkering functionality on the system, and the credit accounts on the system have been a game changer.  We can automatically email out the customer statement at the end of the month without having to do any manual work, and then the customer is able to come instore and pay off their account at the till by credit or debit card and it automatically tallies up on the back office.  It couldn’t be simpler.” 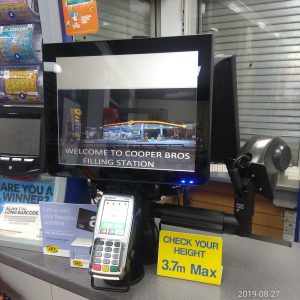 Cooper Bros also instigated the Azpiral Staff Loyalty programme instore at the end of 2020.  Garry said, “We wanted a simple way to reward our staff for their loyalty instore.  The Azpiral Staff Loyalty scheme is fully integrated into the EDGEPoS system.  Each member of staff has their own staff card and by scanning their loyalty card they receive 10% off all grocery purchases and 2pence per litre of fuel.  And the full Costa range is supplied at a special discount of £1.50 per cup to each member of staff.”  Has it worked?  “Absolutely,” says Garry.  “We are able to export reports to Excel which gives us the average spend of individual staff members every month, see exactly what they’re buying instore, and tailor offers and rewards to that member of staff.  We also run a monthly prize draw where we can upload a spend onto the winner’s loyalty card to spend instore.  It has been a great asset to the store and has raised staff morale over this difficult period of COVID-19, where all of the staff have went above and beyond what has been required from them.”

The stand out area where Garry and the team onsite have seen a difference is the support levels provided by Henderson Technology helpdesk.  Garry said, “In the 18 months we have had EDGEPoS in, we haven’t been let down once by the support helpdesk.  All calls have been answered within 60 seconds and every call has been resolved in a friendly, efficient and professional manner.  We have never once been disappointed by the team.  This makes a world of difference when you are running a busy forecourt and don’t have time to be held up on calls.” 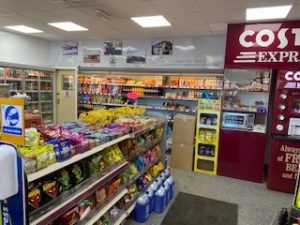 We asked Garry would he recommend EDGEPoS to any forecourt and convenience stores across the province.  “Wholeheartedly, I couldn’t recommend EDGEPoS enough, it’s not just the functionality of the system though.  It’s been the whole process from the initial demonstration to the install and training, and the after care that we have received.  It’s a partnership between Cooper Bros and Henderson Technology, and I have already referred EDGEPoS to a number of retailers across the JET network, and will continue to do so.”

We are so proud to have Garry and the team at Cooper Bros onboard.