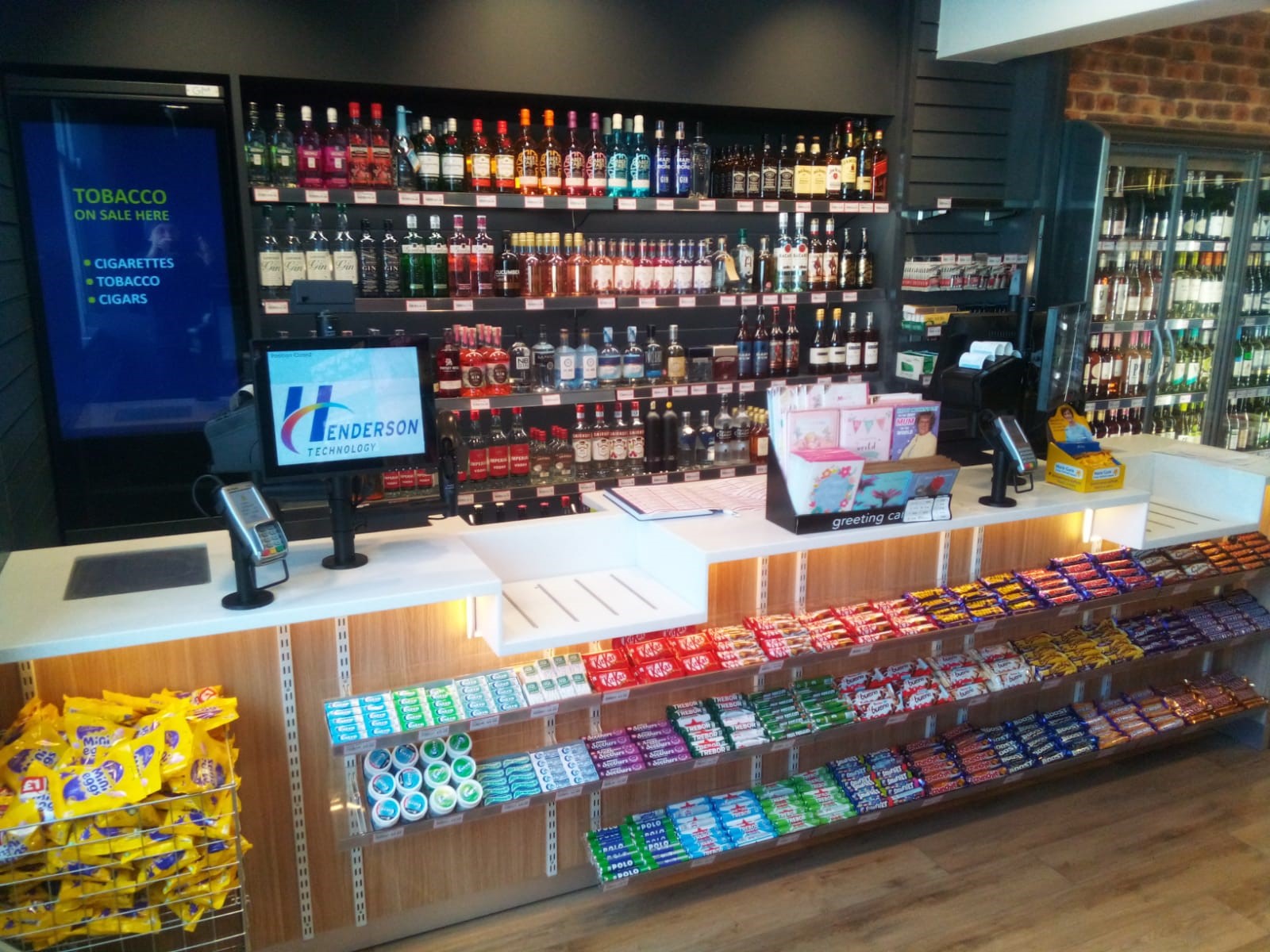 SPAR Aberdaron, a newly refurbished store in North Wales, has been reopened today (2 March 2020) by Elfed Roberts, a multi-site SPAR retailer with stores in Nefyn and Abersoch.

Following the launch of the EPOS software system, EDGEPoS, to the UK retail market in 2018, Henderson Technology is delighted Elfed Roberts has adopted EDGPoS into his third convenience store at SPAR Aberdaron.

Elfed Roberts, owner, said: “We had EDGEPoS installed in our two stores in Nefyn and Abersoch in 2019, and now in our third store in Aberdaron.  For many years we were looking for a progressive, reliable and flexible EPOS technology company, and we were excited to be introduced to Henderson Technology.  We made the trip to Northern Ireland to look at EDGEPoS and immediately decided to proceed.  Alongside the easy to use EPOS system, we are able to offer self-checkout to our customers when the till is not being used by a cashier.  Over our peak period we have over 30% of our transactions going through on one self-checkout which beats the queues rapidly.

“We are excited about the redevelopment of our third store, and with the EDGEPoS head office function, it means we can have full control of all our three sites.”

Darren Nickels, Head of Henderson Technology, said: “We have worked with Elfed and his teams’ in-store for over 15 months, and we are delighted that he has chosen EDGEPoS for their third store.  We would like to congratulate Elfed on this new store opening and look forward to working with him over the coming years on more technology projects.  Elfed is a forward thinking, innovative retailer, who embraces EDGEPoS and the integrations we offer with the system.”

Developed for the convenience and fuel forecourt market by Henderson Technology, EDGEPoS is one of the only worldwide EPOS systems that has been designed by retailers, for retailers and offers a fully scalable, real-time solution supporting businesses from one to one hundred lanes.